After 90 years, the dual nationality of the main Unilever fund is coming to an end. Since the merger of the British Lever Brothers and the Dutch Margarine Unie in 1930, the food group had always remained an Anglo-Dutch enterprise with two companies, two headquarters and two classes of shares: PLC and NV shares. The shares of the British British Public Limited Company (PLC) were listed in London, while the shares of the Dutch Public Limited Company (NV) were listed in Amsterdam.

The choice of Unilever to become fully British – whose listing on the Amsterdam stock exchange through Margarine Unie and its legal predecessors Van den Bergh and Jurgens dates back to the beginning of the 20th century – means that the NV shares will disappear from the Damrak. They will be replaced by PLC shares which, at the same time, will take their place in the AEX index. The stock exchange and Unilever have seized this moment for a festive gong ceremony.

Outside the stock exchange, the mood regarding the choice of Unilever was less festive. For a long time the idea was that the company would choose the Netherlands. The parting of the Dutch headquarters from the main fund is considered a great loss. This is also because there is a danger that Royal Dutch Shell, the other Anglo-Dutch multinational, will eventually follow Unilever’s example. And while Unilever itself explains it as a necessary choice for simplifying the corporate structure, others see it as a cheap evasion of dividend tax. In The Hague, this has even led to a legislative proposal by GroenLinks for an €11 billion severance penalty. Unilever, however, is confident that this proposal will not hold up legally and has therefore chosen to become fully British after all. 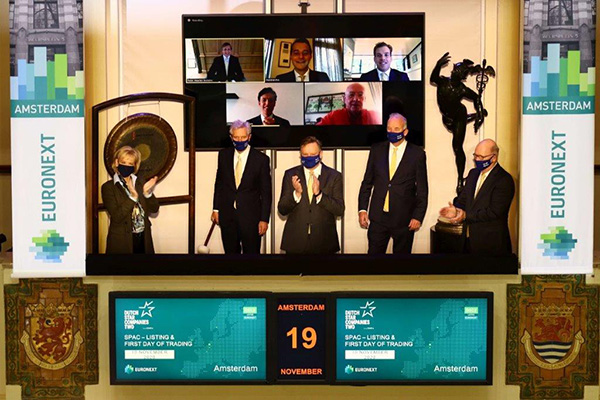