The alternative Dutch derivatives exchange The Order Machine (TOM) is closing. TOM was founded in 2009 by online broker BinckBank and trading firm Optiver, who were dissatisfied with the high trading rates charged by Euronext, but has been forced to close after no new owner could be found.

TOM was a success for its founders in the sense that Euronext’s rates have fallen sharply since 2009, but it never managed to turn a profit. That is why the decision was made in October 2016 to put TOM, which claimed to control approximately 40 percent of Dutch options trading, up for sale. Because the sellers have not been able to find a buyer after 6 months, TOM will shut up shop today after 8 years, with all options trading that used to run on the TOM platform returning to Euronext. 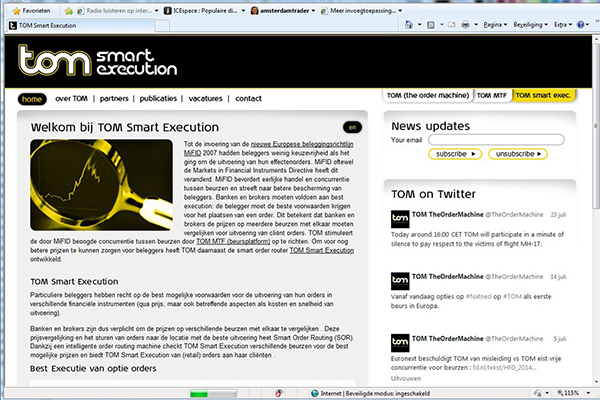