Following an announcement in December 2021, gaming and advertising company Azerion has merged with the SPAC EFIC1 and will be listed on Beursplein 5 today. The owner of more than 16,000 online games is from Amsterdam and, together with the SPAC, is going against the market sentiment. WeTransfer cancelled its IPO at the last minute, but Azerion simply carries on.

Not every EFIC1 investor supports the plans. Of the SPAC’s more than €400 million, €93 million – and after cost deduction only €56 million – remains for Azerion. The gaming company wants to use that money for acquisitions. Despite the lower proceeds, Azerion’s founders are pleased with the IPO. It ensures a greater visibility. The same applies to the founders of EFIC1, who will earn millions from the merger.

It is still unclear what this says about the SPAC phenomenon. This is the first SPAC merger and IPO following the craze of 2021, but, at the same time, changing the goal of acquiring a fintech company and withdrawing three quarters of the original EFIC 1 raises some questions for investors. 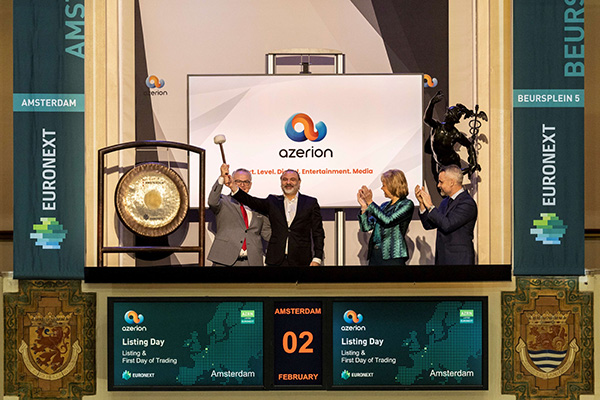