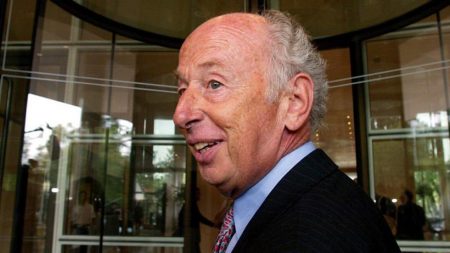 Morris Tabaksblatt, former top executive of Unilever, was the chairman of the committee that drafted the first Dutch Corporate Governance Code

Organization chart of the Dutch East India Company (VOC), the first company in which the corporate governance debate occurred.

In 1622, angry shareholders demand financial reporting of the first twenty years, from the VOC directors in this ‘Tweede Noot-wendiger Discours.’

In a 1609 letter, large shareholder Isaac Le Maire complains to Johan van Oldenbarnevelt about the mismanagement of the VOC directors. This marked the birth of the corporate governance debate. In 2009, this was commemorated with a special gong-stroke.

Who is in control in a publicly listed company? That is, in short, what corporate governance is all about. This question presented itself for the first time to the VOC (Dutch East India Company), which in 1602 was the first company to be funded by a large group of shareholders. Were these investors in charge, or the Heren XVII (the board)? And what about the position of other stakeholders, such as the thousands of VOC employees, or the Dutch Republic as a whole?

The corporate governance issue has never disappeared since the 17th century, even though the debate usually took place on the sidelines. In 1996, the subject was fully brought into the spotlight. That year, the first Dutch Corporate Governance Committee (Commissie Peters), which was co-initiated by the exchange, publicly came up with recommendations on proper corporate governance. In 2003, these were followed up when a second committee, the Commissie Tabaksblat, published the Dutch Corporate Governance Code.

The Code Tabaksblat (Corporate Governance Code) contains principles and best practice provisions on matters such as the appointment of managing directors and supervisory board, management board remuneration, tasks and responsibilities of the supervisory board, the number of supervisory board positions one is allowed to have, and voting rights of institutional investors. Listed companies are legally required to provide disclosure on these matters in their annual reports. Should they choose not to comply, they will have to explain why, based on the ‘comply or explain’ principle. So-called ‘monitoring committees’ monitor the compliance and topicality of the Code since 2003.

If you compare the Code Tabaksblat with the ‘Tweede Nootwendiger Discours,’ a famous pamphlet in which in 1622 angry VOC shareholders for the first time publicly called the Heren XVII to account, one thing becomes clear. Corporate governance is a never-ending debate. As far back as 1622, the same discussions on remuneration, the quality of supervision, and influence of shareholders were prevalent.