The South African media and technology company Naspers is splitting off its international online activities and listing them on the Amsterdam stock exchange under the name Prosus. No new shares will be issued. With this IPO, part of all Naspers shares, listed in Johannesburg, will be renamed and transferred to the Amsterdam exchange.

The demerger and separate IPO of Prosus in Amsterdam is an attempt to boost the valuation of its internet activities. And it worked: the first-day valuation increase – compared to Johannesburg – was enormous, making Prosus one of the largest listed companies on the Amsterdam exchange. 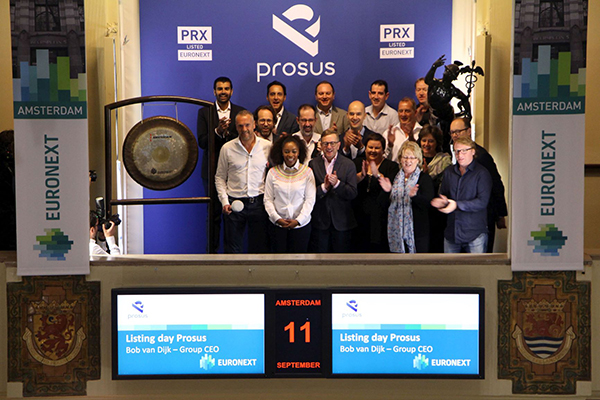