British drug developer BenevolentAI is making its debut on Beursplein 5 today. It will do so after a merger with the Luxembourg company, Odyssey. This means Odyssey is the fourth SPAC to succeed in finding a takeover candidate. And what’s more, the plan is for it to be a technology and healthcare company. BenevolentAI develops medicines using artificial intelligence (AI). Although it is currently making a loss, the company sees a bright future for itself.

The IPO conditions are difficult. For example, there have been no normal IPOs for a while, and the current state of Cabka, which also went to the Amsterdam stock exchange via a SPAC more than a month ago, is that it is now 20 percent lower. And of the €300 million Odyssey raised from investors in 2021, less than a quarter is left.

In the end, thanks to extra investment by the founders, the IPO succeeded and BenevolentAI still raised €225 million. It is clear, however, that the popularity IPOs and SPACS enjoyed in the past year seems to be waning. 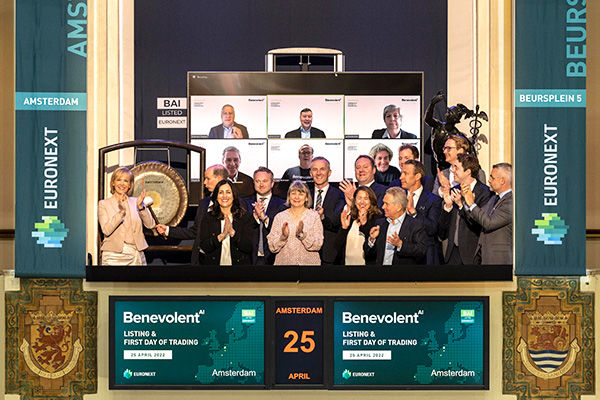