ASR listed for the third time

Insurance company ASR returns to the Amsterdam exchange. The sound of the gong, makes ASR at the same time the company with the longest exchange history of all listed companies. The first predecessor of the group, ‘Stadt Rotterdam’, which is still represented by the last two letters of the group’s current name, had its first IPO in 1720. Admittedly, this was an ‘unofficial’ first, because even though the company’s shares were publicly listed and traded, there was no real exchange organisation yet.

Between 1964 and 2001, ASR was ‘officially’ listed on the Amsterdam exchange, until it was taken over by Fortis. After Fortis hit rough weather during the credit crisis and was subsequently nationalised, ASR came into the hands of the Dutch government. Finally, the IPO today marks the third time in the ASR’s 300-year history that the company’s shares get listed. 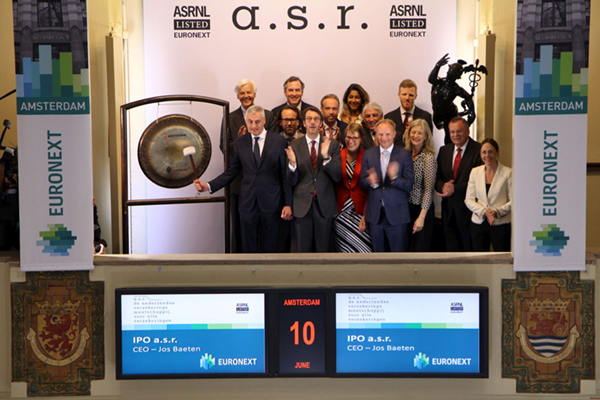