It has been called a ‘dream year’, the year 2021. Not only the Brexit was good for Amsterdam, the number of IPOs also reached great heights. No fewer than twenty-five new funds made their debut on Beursplein 5. Together, they raised almost €80 billion. This is a record because never before has so much money been raised in one year by IPOs. It was not without reason that the AEX index broke record after record and reached its highest ever (for the time being) level in November: 827.57 points. All the more reason to be happy, especially as it was also a year during which the economy struggled with major problems due to the pandemic. The Amsterdam stock exchange was one of the best in the world.

In addition to the strong international newcomers, the rise of SPACS was particularly striking. . In addition to nine ‘normal’ companies, Beursplein 5 welcomed a record of sixteen of these Special Purpose Acquisition Companies in 2021. Freely translated, these are ‘listed bags of money’ looking for a non-listed company to merge with (approximately within one-and-a-half to two years), after which the acquired company will take over the stock exchange listing. A phenomenon that has blown over from the US, and for which Amsterdam has grown to become the European centre in the past stock exchange year.

By some, the arrival of SPACs is seen as the solution to the problem of (smaller) companies going public. In this way, the company that is to be taken over can bypass the high costs and the administrative and legal hassle of an IPO and leave it to the SPAC. And in doing so, they are also freed from the fickleness of the market as CM.com proved after an earlier unsuccessful IPO, by finding its way to Beursplein 5 in the early 2020s through a SPAC merger.

But there are also those who take on a more critical view of the Amsterdam SPAC craze. For instance, ABN AMRO deliberately does not offer them to private investors because of the perceived risk. In line with this, others point out the danger that the ultimate stock exchange fund is in fact circumventing the admission rules because it never has to produce a prospectus (in full) itself. Others point out that it is much more lucrative for the initiators than for the investors. Still others refer to 2007, when three previous SPACs never came to a corporate takeover and it ended in a flop just before the crisis.

Whatever the truth of the matter, it is clear that the advent of SPACs points to a flaw in the process of IPOs for (smaller) companies. Due to the increase in regulations and the high costs, the ‘threshold’ to go public has become too high. The result is that the ship is turned away and instead a ‘cat flap’ is used to get into the stock exchange. In doing so, they conveniently bypass the usual ‘safety valves’. Earlier, the (stock exchange) authorities intervened in reverse listings, a more or less comparable way to reach the stock exchange via a short cut. 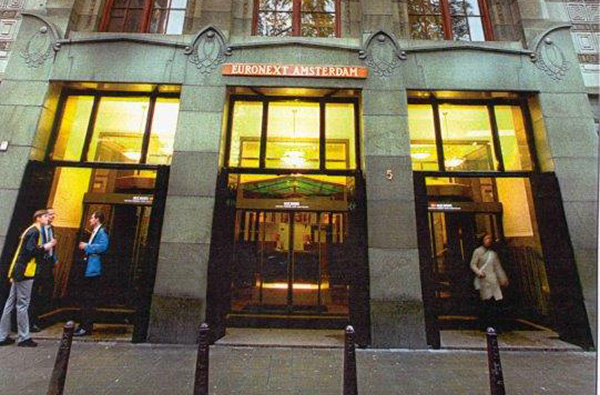