The small Amsterdam-based SME exchange NXChange is set to start cooperating with its Swiss peer Lykke. For the Swiss, the AFM trading license recently obtained by NxChange is a major reason for entering into a strategic alliance. Lykke will also take a stake in NxChange, marking the first time that the latter has raised external capital since it was founded in 2016. NxChange is also entering into a partnership with Rabobank to provide loans to SMEs listed and traded on this alternative exchange platform. 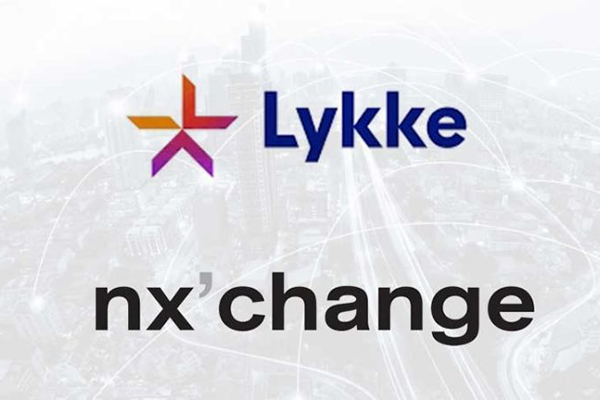 Envipco, an international company that produces Reverse Vending Machines and recycling systems is set to be listed on the Amsterdam exchange. With its recycling systems, Envipco seeks to facilitate the affordable, environmentally friendly collection of beverage packaging. In addition to its branch in the Netherlands, the company operates various other branches around the world. 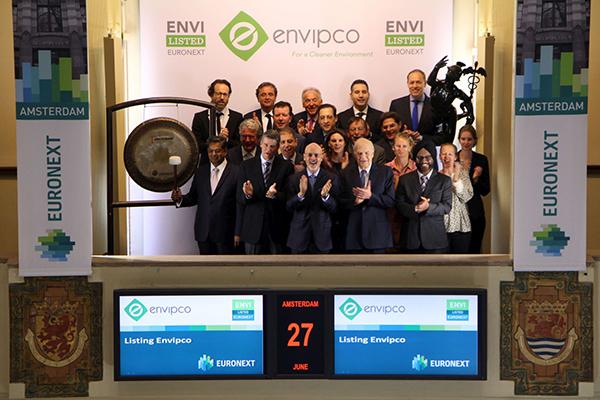 Amsterdam-based payment company Adyen is to get a listing on the Amsterdam exchange. Since it was first founded in 2006, Adyen has been one of the fastest growing fintech companies in the Netherlands.

END_OF_DOCUMENT_TOKEN_TO_BE_REPLACED 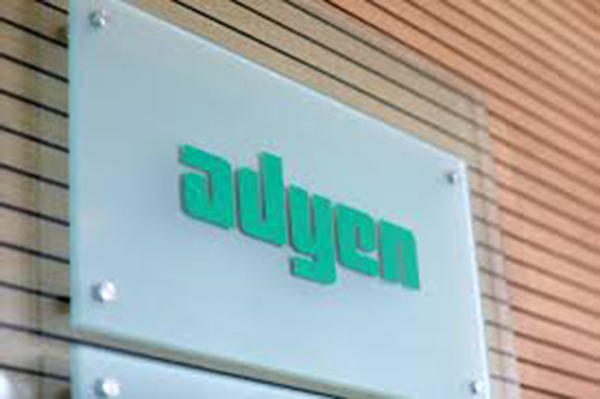 Belgian real estate fund Real Estates, which has been listed in Brussels since 1998, is strengthening its presence in the Netherlands with a second listing on the Amsterdam exchange. 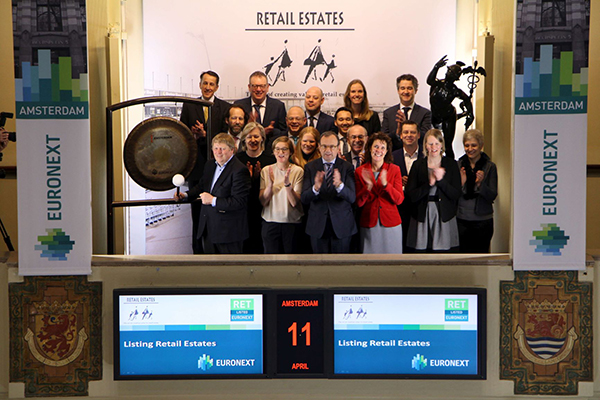 AFM grants NPEX a new trading licence. After trading on the SME exchange based in the Hague was suspended in November 2017 because its license no longer met MIFID II rules, the exchange is now up and running once more. Under the new regulations, NPEX has been granted MTF status as a recognized alternative exchange platform. In addition to the launch of a new and improved trading system, the restart has also ushered in a change in the ownership structure. Along with a new majority shareholder, the government has become a co-owner, having transmuted a loan into stock. 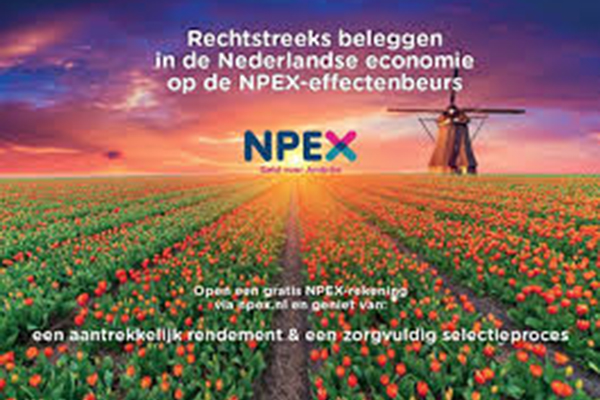 Euronext is celebrating the 40th birthday of Amsterdam’s options exchange, which started life as the European Options Exchange (EOE) when it became Europe’s first options exchange in 1978. In addition to major celebrations and a conference, also the ancient tradition of exchange drumming marked this special anniversary. 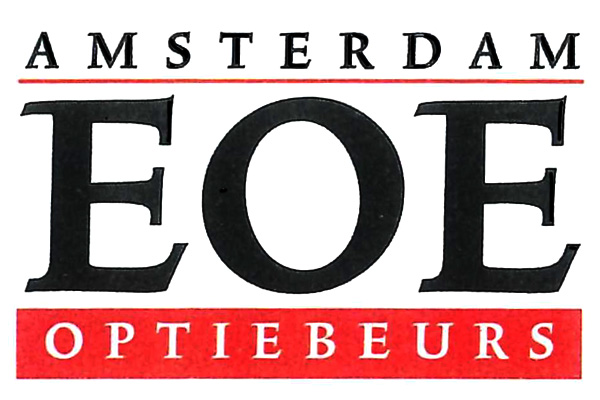 Euronext, the parent company of the Amsterdam exchange, has taken over the Dublin-based Irish Stock Exchange (ISE) for € 137 million. ISE was founded in 1793 and has screen trading since 2000. At the time of the acquisition, 56 companies were listed on the Dublin stock exchange with a total market cap of € 125 billion. These companies will be added to the 1300 listings, with a total market cap of € 3600 billion, already on Euronext. After Amsterdam, Brussels, Paris, and Lisbon, the Dublin-based exchange is now the fifth national exchange to join the Euronext group. 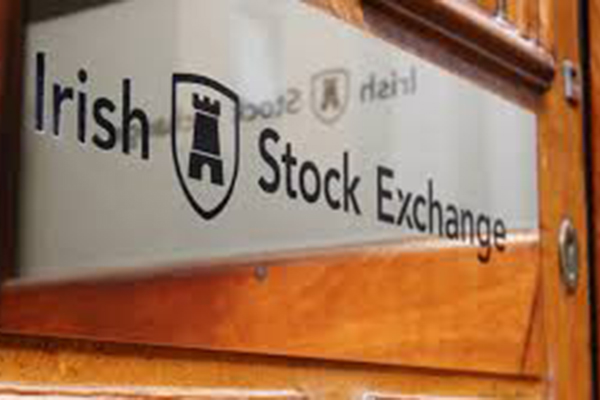 After several unsuccessful attempts, JC Flowers today successfully floated the NIBC corporate bank, based in the Hague. Remarkably, two new companies make their debut at Beursplein 5 today, which is why NIBC’s listing is celebrated with an extra gong ceremony in the afternoon. 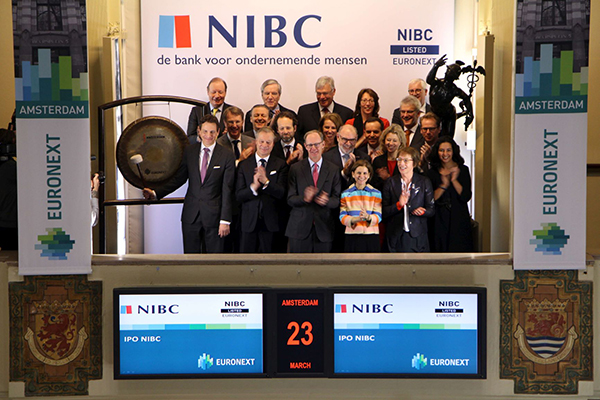 This morning, B&S Group, a consumer product distributor from Dordrecht, makes its debut on the Amsterdam exchange. B&S supplies foodstuffs, cosmetics and beverages to major cruise lines and military bases and made its name in trading tax-free products. 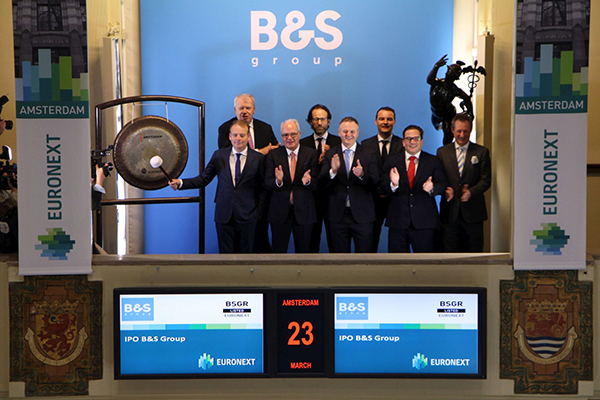 Energy specialist Alfen is to get a listing on the Amsterdam exchange. The Almere-based builder of transformers, energy storage systems, and charging stations, is hoping that its IPO will increase brand awareness abroad. 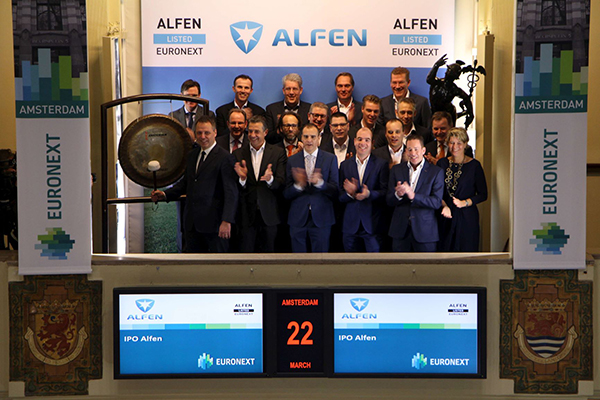 The feature film ‘Bankier van het Verzet’, chronicling the special acts of resistance of stock trader Walraven van Hall has its premiere today. Thanks to his network in the financial world, Van Hall managed to raise more than 80 million guilders for the resistance during the war. Beursplein 5 was a key location for his resistance work and can be seen in the film. Eventually, the film managed to draw about 400,000 people to cinemas across the country. 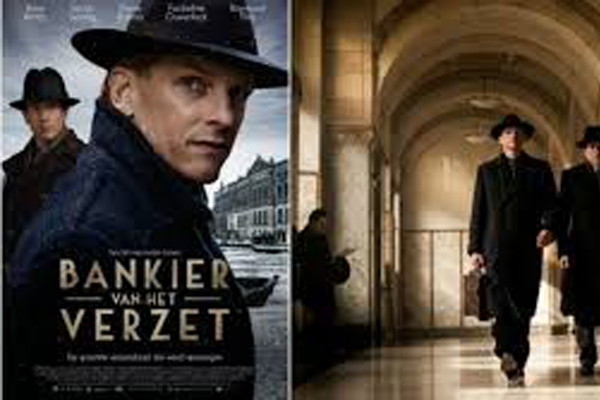 Dutch Star Companies One (DSCO) will be listed on the Amsterdam stock exchange. The remarkable thing is that DSCO is not a company but an empty investment vehicle (a so-called SPAC) with the aim of later taking a large stake in a yet to be selected and preferably Dutch company, after which that company will then take over DSCO’s listing.

Update: After a legal merger, technology company CM.com took over the listing of DSCO in early 2020. 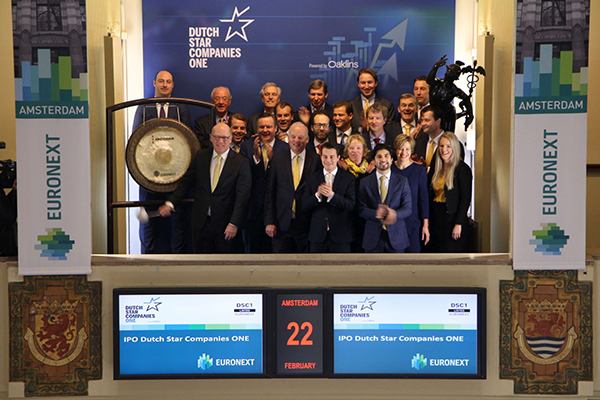 In addition to the European MIFID directive introduced in 2007, a new set of rules for European capital markets called MIFID II will enter into effect today. The main objective of the new rules is improvement of transparency and investor protection. 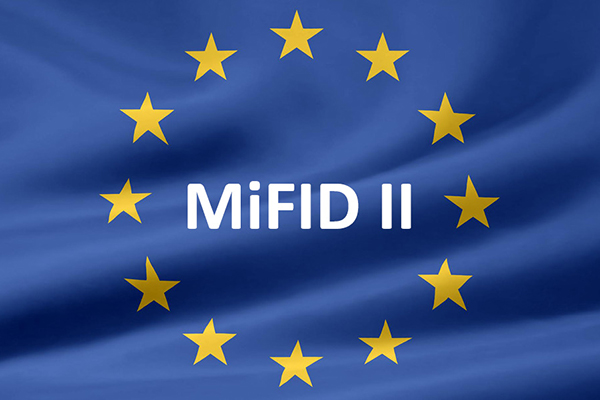 Together with AFM, Euronext is introducing stricter rules for reverse listings. In a reverse listing, a company effectively goes public by acquiring an ‘empty’ listed company.

END_OF_DOCUMENT_TOKEN_TO_BE_REPLACED 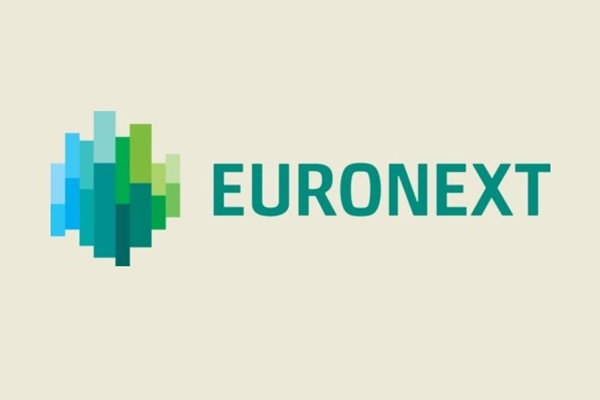